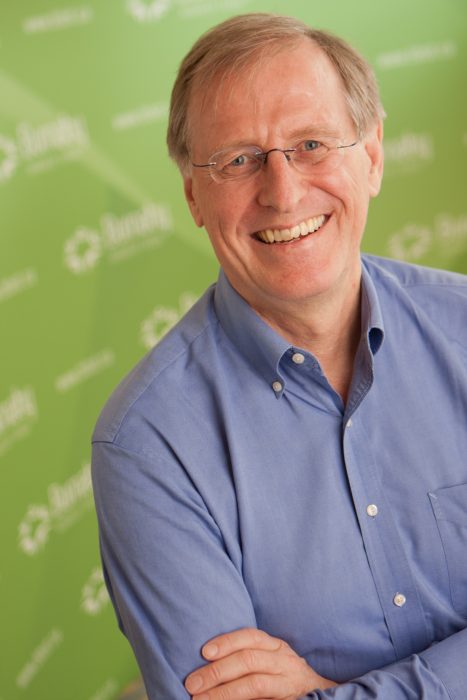 Andrew Scott, new Chair of the BBOT Board of Directors

At its 108th Annual General Meeting last week, the Burnaby Board of Trade welcomed its new Chair of the Board of Directors, Andrew Scott, who begins a two year term as leader of the board, replacing Frank Bassett of Electronic Arts who now moves to the Past Chair position.

Andrew Scott has served two years as Vice Chair, and several years as a Board Director, as Chair of the BBOT’s Government Relations Committee, and as a member of the BBOT’s Women’s Business Success Network. Andrew has been in business for over 30 years, initially as an investment banker raising funds for and advising governments and businesses, large and small, across Canada. Andrew was a senior executive with a number of BC high tech firms and for over 6 years was CEO of Burnaby-based Digital Payment Technologies. He currently serves as a director of the BC International Commercial Arbitration Centre.

As part of his final act as Chair, Frank Bassett presided over the AGM and delivered his final Chair’s Report, highlighting several new initiatives the BBOT has undertaken, as well as its renewed focus on policy development and government advocacy.  “We are increasingly looked to by government and media for comment on the issues facing businesses and our community, and I am pleased that the Burnaby Board of Trade has developed a reputation as a thoughtful, balanced business advocate,” said Bassett in his report.  At its AGM, Burnaby Board of Trade President & CEO Paul Holden thanked Frank Bassett for his years of leadership, guidance and support and presented him with a gift on behalf of the organization.

Also joining the Burnaby Board of Trade’s leadership at this year’s AGM is Mike Kaerne, President of HollyNorth Production Supplies, who assumes the role of Vice Chair.  Mike is a strong representative of the film/tv industry—and of the small business sector—on the Burnaby Board of Trade’s Board of Directors, having operated HollyNorth Production Supplies, a respected supplier to the theatre, television and film industry, since 1998.

To see the full membership of the Burnaby Board of Trade’s Board of Directors, click here.