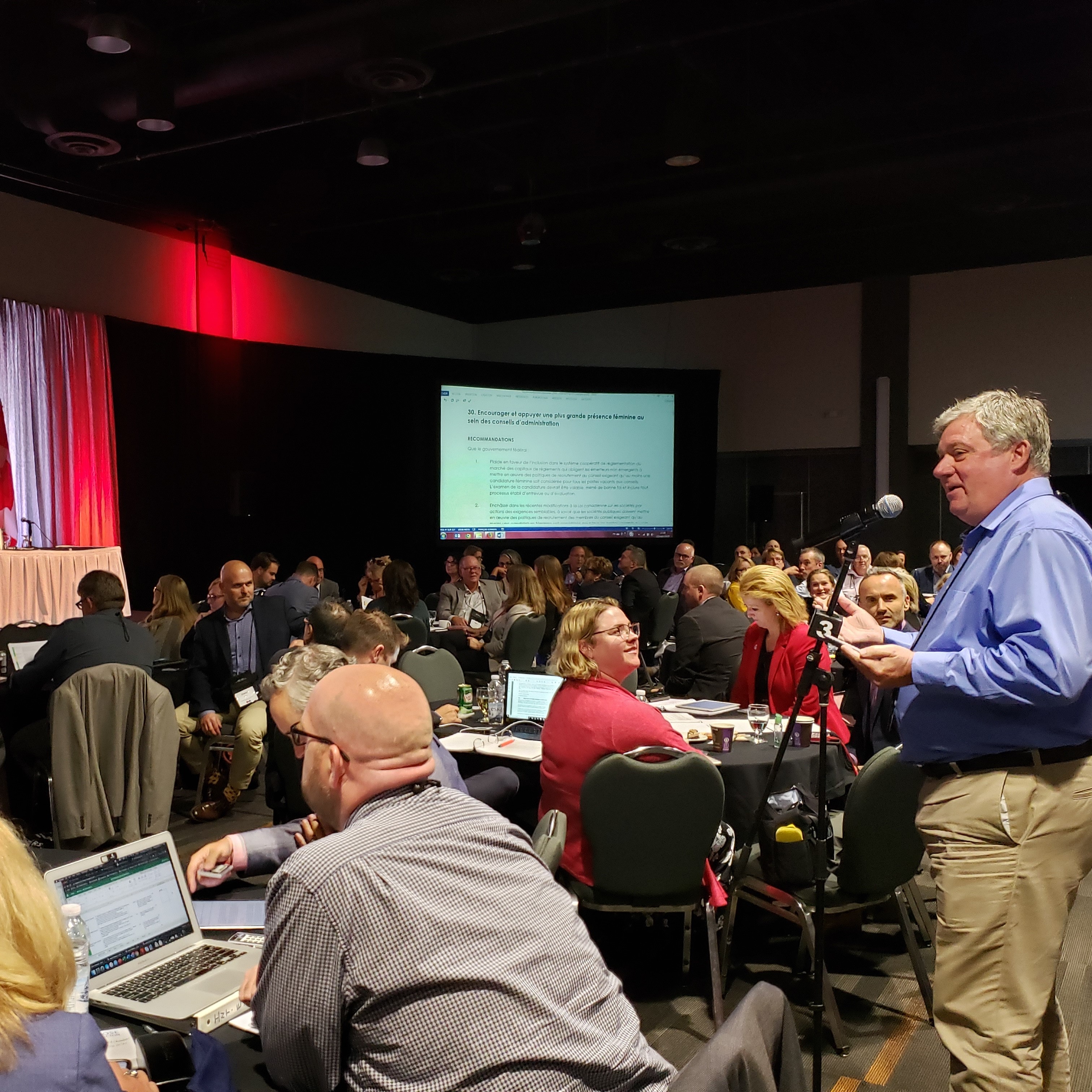 The Burnaby Board of Trade (BBOT) is pleased that its policy encouraging and supporting more women on corporate boards passed at this weekend’s annual Canadian Chamber of Commerce AGM, taking place in St. John, New Brunswick.

The predominance of research regarding this issue suggests that companies which have more female board directors perform better, with greater gender diversity on boards being linked to everything from better returns on equity, higher stock prices, to overall better financial returns.   Despite the clear evidence that more gender diversity on boards means better outcomes and profitability, Canada is not making fast enough change, and the BBOT has brought the Canadian Chamber network together to call for more diverse board recruitment policies at our country’s largest and most influential business conference.

Paul Holden, President and CEO of the Burnaby Board of Trade says, “The Burnaby Board of Trade has long been advocating for gender diversity on corporate boards and we’re delighted that this policy has been adopted by the Canadian Chamber of Commerce Network.  The business case for having women on corporate boards is clear and their continued under-representation is likely costing us economically; it should be a priority to encourage and support more women to serve on boards.”

The formal policy recommendation adopted by the more than 300 delegates at the Canadian Chamber of Commerce AGM is as follows:

“Amend the Cooperative Capital Markets Regulatory System regulations and Canada Business Corporations Act to require implementation of board recruitment policies for publicly traded, non-venture companies whereby gender diversity is considered for all board vacancies. Such consideration should demonstrate broad recruitment outreach that is conducted in good faith and includes any requisite interview or assessment process based on competencies and cross sectorial representation.”

The Canadian Chamber of Commerce will take this position on as official policy and lead advocacy efforts nationally.