BBOT member Hemlock Printers is celebrating its 50th anniversary, recognizing a half-century of growth to become one of North America’s most recognized printing organizations. 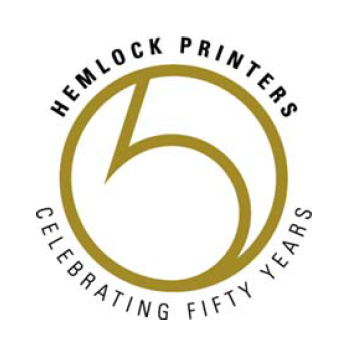 Founded in 1968 by Dick Kouwenhoven (past Chair and Governor of the BBOT) and joined soon after by his brother John, the two built the business on a foundation of integrity, craftsmanship, and technical innovation. Over five decades, Hemlock successfully navigated numerous advancements in technology with a focus on delivering added-value to customers. From its earliest days, the Hemlock “family” has been a vibrant community extending across staff, customers, suppliers, industry and numerous community organizations.

During its long history, Hemlock Printers has been recognized for excellence throughout its industry, and locally was a recipient of a Burnaby Business Excellence Award for Environmental Sustainability and is an inductee in the Burnaby Business Hall of Fame.