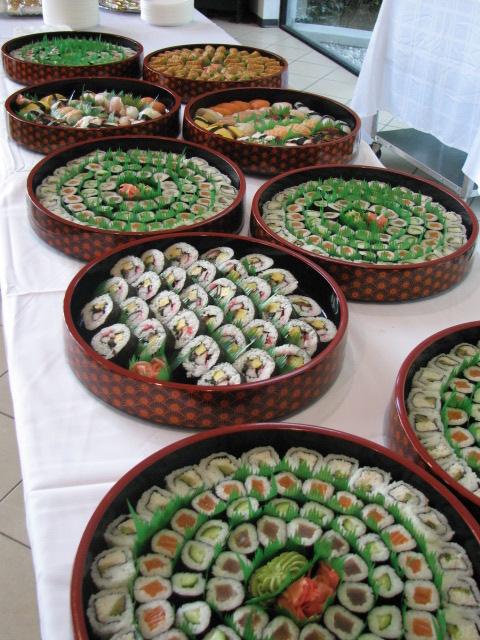 The event, sponsored by the Beedie School of Business, offered attendees an opportunity to network and connect with a diverse crowd of business people from across Burnaby and the Lower Mainland while enjoying a delicious assortment of sushi and authentic Japanese beverages including chilled barley tea and sake samples.

Attendees also heard a special presentation from Burnaby Mayor Derek Corrigan on the importance of building cultural relationships with cities throughout the world. Mayor Corrigan outlined the City of Burnaby’s numerous Sister City and Friendship City agreements and, in light of the 50th anniversary of Burnaby’s Sister City relationship with Kushiro, Japan, explained the value these relationships bring to the City. Mayor Corrigan explained that the totem pole art installation atop Burnaby Mountain, which has become an iconic image of Burnaby, is a gift from Kushiro, Japan and is an example of the beautiful impacts these relationships can have on Burnaby.

Also in attendance at this Japanese-themed event was Mr. Seiji Okada, Consul General of Japan in Vancouver, who also commented on the very special nature of the Burnaby-Kushiro relationship.