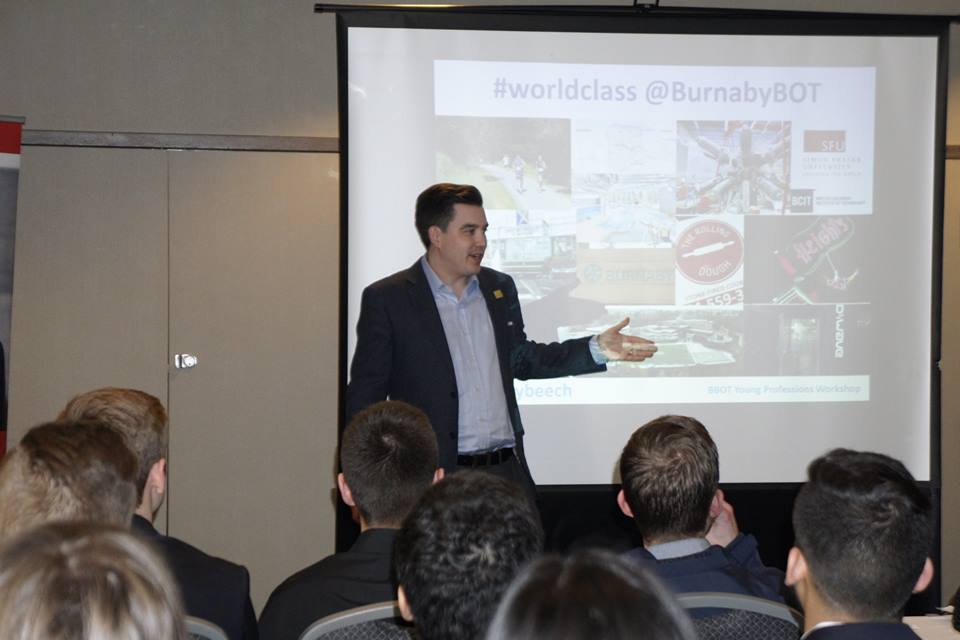 On April 20th, the Burnaby Young Professionals Network hosted MP Terry Beech to discuss where entrepreneurship meets politics. Beech wove his own values and experience into a presentation that stresses the importance of understanding that every individual, with a lot of hard work and a little luck, has the opportunity to rise to success. He further elaborated on the similarities between skills in politics and business where education and entrepreneurship tie everything together by empowering people to rise up and succeed. MP Beech left the audience with a powerful message that no newspaper success story ever happens without challenges behind the scenes; however, nothing will ever happen if people do not take a risk on something they are truly passionate about.