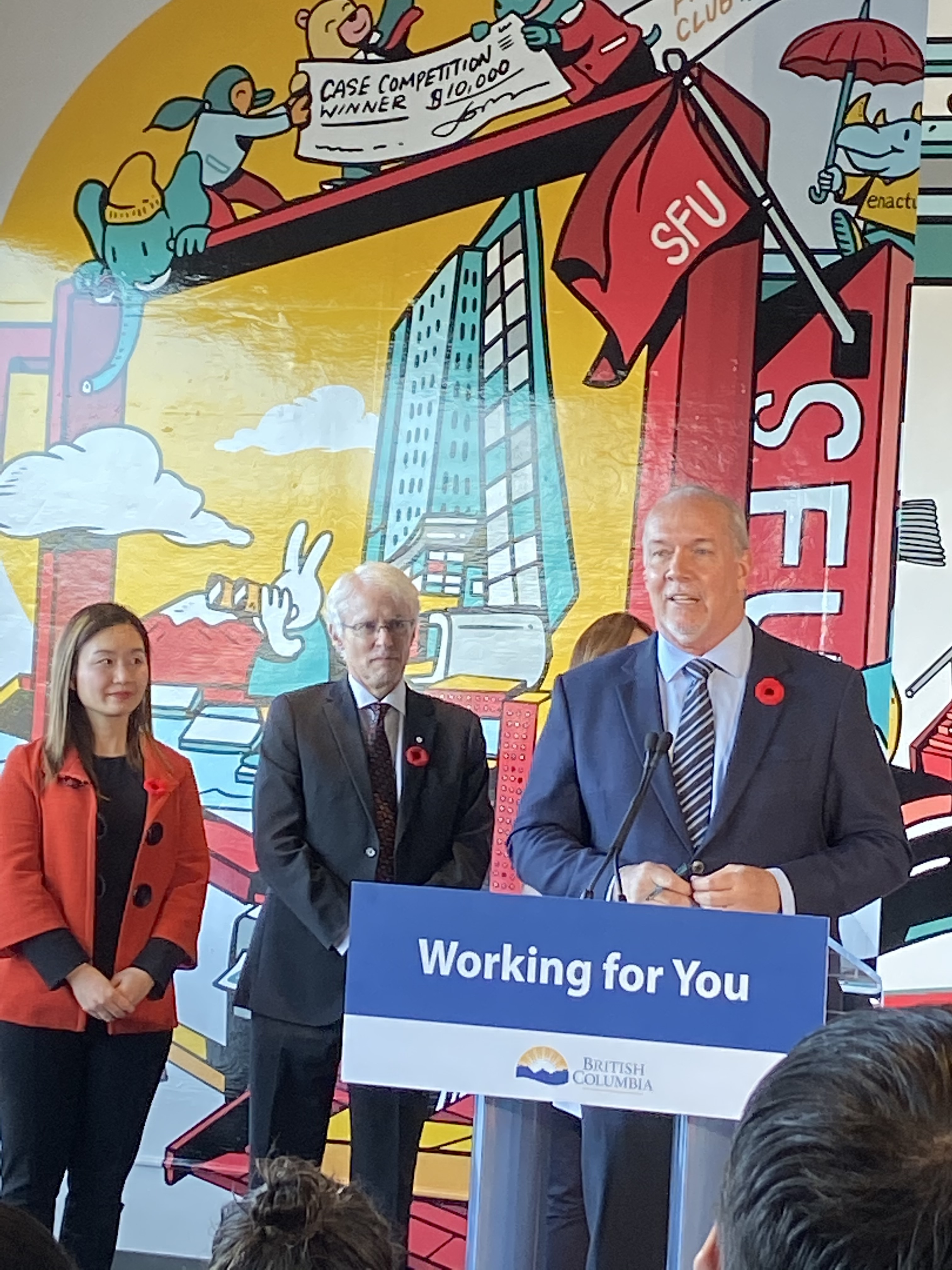 BBOT President and CEO attended Premier Horgans announcement of affordable on-campus housing coming to SFU, taking pressure off the rental market.
“By providing more student housing at post-secondary campuses throughout the province, government is taking some of the pressure off students, while freeing up affordable rentals for people in communities like Burnaby, where there are low vacancy rates,” said Premier John Horgan. “This new housing at SFU is part of a six-year, $450-million investment to provide about 5,000 new beds at public post-secondary schools throughout B.C.”

The $73-million loan for SFU to build a new student housing facility is part of government’s 30-point plan on housing. The plan allows public post-secondary institutions around the province to help finance student housing projects. Since February 2018, the Province has funded an additional 1,971 student beds at post-secondary schools. This represents an increase of 1,416% from the 130 beds funded during the 16 years of the previous government.

“This new on-campus housing means that students attending SFU will be able to focus on their education instead of worrying about finding, and affording, a place to live,” said Melanie Mark, Minister of Advanced Education, Skills and Training. “Building more on-campus housing has been a call to action from students our government is proud to answer. This increase in housing at SFU is part of our plan to build thousands of student homes on campuses throughout B.C.”

Funding student housing is part of the government’s overall housing strategy. This includes a 10-year, $1.9-billion investment through the Building BC: Community Housing Fund to create more than 14,000 new affordable rental homes for low-to middle-income British Columbians. It also builds on the $208 million being invested over four years through the Affordable Rental Housing Program for 1,700 new affordable rental homes in communities throughout B.C.

“This support for new student residences is a win-win for the university and the community,” said Andrew Petter, president and vice-chancellor, SFU. “Not only will it significantly improve the quality of campus life for students, but it will also reduce pressure on the region’s housing market for the benefit of the communities we serve.”

The $104-million project is scheduled to open in fall 2022 and will provide homes for an additional 369 first-year students. The energy efficient design supports the Province’s commitment to CleanBC and includes a 2,700 square-metre addition that will expand the current 256-seat dining commons to an 800-seat facility. This will triple the number of seats available for students during breaks and mealtimes.