Over 330 people packed the Delta Burnaby Hotel & Conference Centre on May 4th for the annual State of the City Luncheon featuring Burnaby Mayor Derek Corrigan’s annual address on the state of Burnaby and the plans for future development, growth and opportunities.

Following a networking reception–featuring “now-and-then” photos of Burnaby in recognition of its 125 anniversary this year–and a three-course lunch, the Mayor took to the stage to outline how Burnaby is developing as planned out in strategies adopted decades ago.  The Mayor detailed the tremendous potential of the city and the significant growth planned for the four town centres of Metrotown, Lougheed, Brentwood and Edmonds, which will make space for 125,000 new residents and 60,000 new jobs by 2040.  The Mayor also detailed many capital projects underway or planned which will provide new and better services to citizens and opportunities for businesses to play a part.

The State of the City Address provides a detailed explanation of where Burnaby is and where it is going and provides invaluable information for the business community.  Click here to read the Mayor’s speech and click here to see the Mayor’s presentation deck. 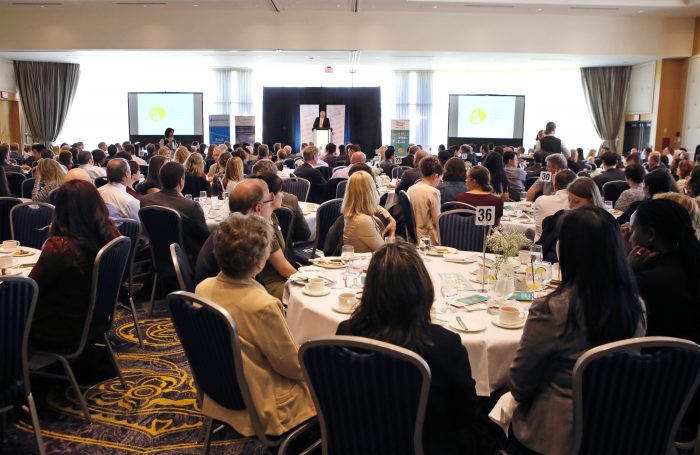