Jawahir: Jewels is an exhibition that will be held at the Deer Lake Art Gallery, and is hosted and organized by the Burnaby Arts Council.  The exhibition will open Saturday, August 18, 2018 and will run until September 15, 2018.  Find out more here. 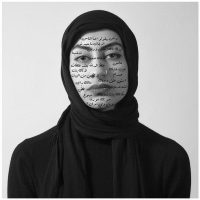 Being a visual artist who originated from Saudi Arabia and lives in Canada, Durrah Alsaif‘s artistic practice revolves around sociopolitical issues. Most of her artwork discuss issues that are considered culturally taboo to talk about in her home country.  Alsaif believes that addressing and critiquing certain topics especially through art is one step of making change. Through photography, performances, and installations, Alsaif explore the cultural identity between the East and the West as well as the status of women in Saudi Arabia. In the Middle East, culture, traditions, and religion are often intertwined to the point that there are no lines between them. In fact, many religious practices and beliefs are purely tribal traditions, and against the Islamic religion. Alsaif’s work investigates the historical status of Saudi citizens especially women after the Sahwa Movement (Islamic Awakening) and how it affected the culture thereafter.

Durrah Alsaif is a visual artist, who received her B.F.A. from Kwantlen Polytechnic University and was awarded the Margaretha Bootsma Award for Exceptional Achievement in the Graduation Exhibition. Alsaif has exhibited at galleries such as the Presentation House Gallery, where she was selected as runner-up for the 2nd annual Philip B. Lind Emerging Artist Prize in 2017. Originally from Saudi Arabia but now living in Canada, she is interested in Middle Eastern experience in the West particularly as it relates to cultural identity and perception.