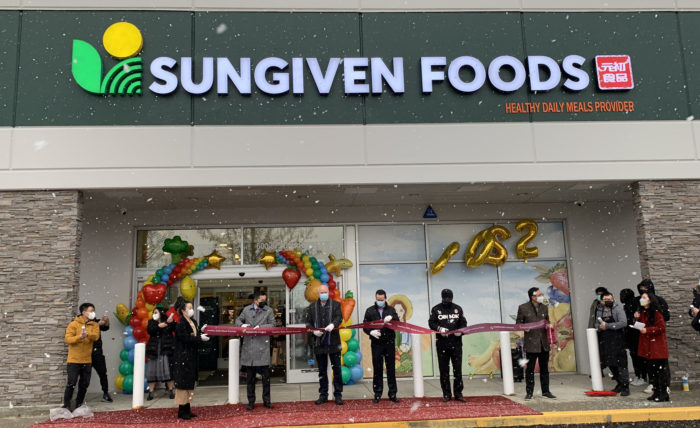 Asian grocery store giant and Burnaby Board of Trade member Sungiven Foods has officially opened its new South Burnaby location as it continues to expand its footprint.

The company, which already operates a popular store on Hastings Street in Burnaby Heights, opened a new location in the Big Bend area at 5771 Marine Way.

The new South Burnaby location will be even bigger than the 6,300 square feet of space it occupies at Hastings and Gilmore. Sungiven has also based its headquarters in Burnaby and two stores in Vancouver.

The North Burnaby store features everything you would expect to find at your favourite market, including specialty items and hot foods, alongside daily fresh bakery items, seafood and meats. They will also serve customers the company’s range of high-quality health-conscious private brand products.

Read the full story in the Burnaby Now.