BBOT Member Scotiabank made substantial donations to the Burnaby Hospital Foundation and Burnaby Firefighters Charitable Society on February 10th. The donations were made during Scotiabank’s Lunar New Year ceremony which included a traditional lion dance to help celebrate the new year and bring luck and prosperity. BBOT President & CEO Paul Holden was on hand for the festivities and joined Burnaby Mayor Derek Corrigan and several Scotiabank executives at the Burnaby Main branch to mark the Year of the Monkey. 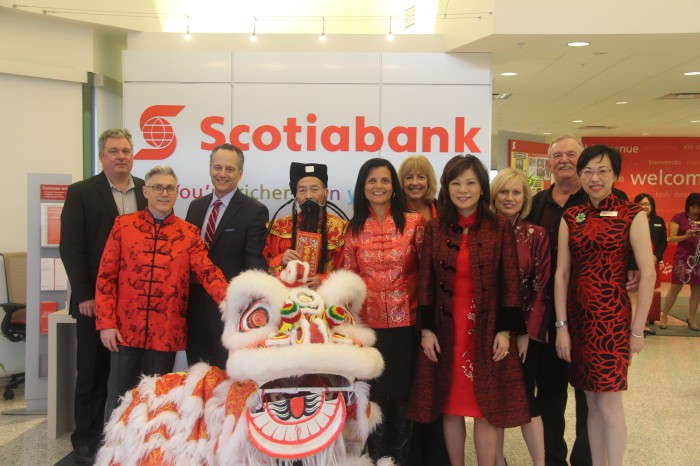