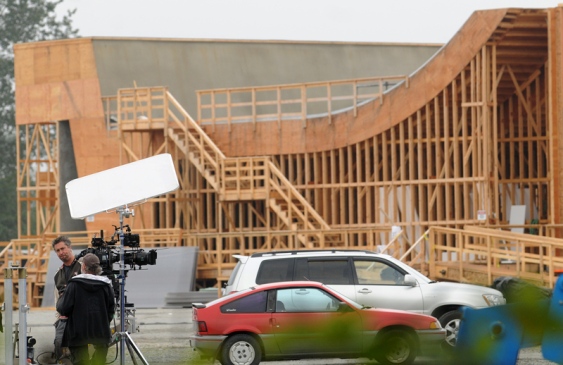 With the Canadian dollar free-falling, B.C.’s film and TV industry is suddenly getting a lot more action.

“The Canadian dollar definitely plays a major role, there’s no question about that. Because despite all the creative aspects of Hollywood it’s still a business. And in business the most important thing is the bottom line,” explained Fatalevich, whose Burnaby-based CMPP’s credit list includes Godzilla, Mission Impossible and TRON, to name a few.

But Fatalevich says the low loonie isn’t the only reason Hollywood is coming to film here. There’s also the support of government, depth of movie crew talent and quality of facilities and studios.

“Burnaby’s administration, specifically Mayor [Derek] Corrigan, provide incredible support for the film industry and because of that we have built in the last 10, 12 years more studio space than anybody in Canada or North America, hands down,” added Fatalevich, whose company is in the midst of building a new state-of-the-art 47,000-square-foot facility.