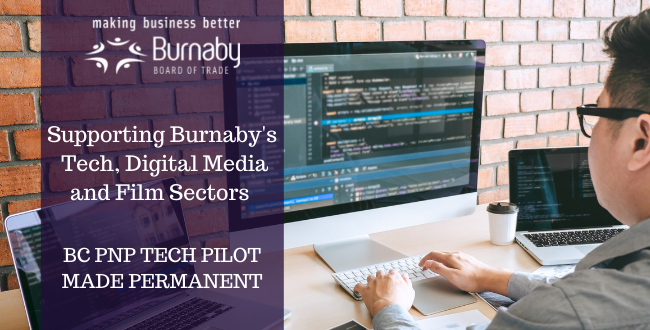 The Burnaby Board of Trade is very pleased with the announcement that the BC PNP Tech Pilot program — which provided streamlined and dedicated immigration service to the technology sector — is being made permanent.
We advocated greatly to get the last extension of this program in 2019, meeting with then Minister Bruce Ralston and ministry staff about the importance of the program and the need for it to be a permanent feature of the provincial immigration system.

The Tech Pilot lets B.C. tech employers continue to attract skilled workers from around the world, while allowing people in 29 tech occupations to be prioritized for permanent residency. Occupations include those in highest demand, such as computer programmers, interactive media developers and software engineers.

As home to significant tech, digital media, and film/tv sectors, this is great news for Burnaby and a great example of the chamber network working together! 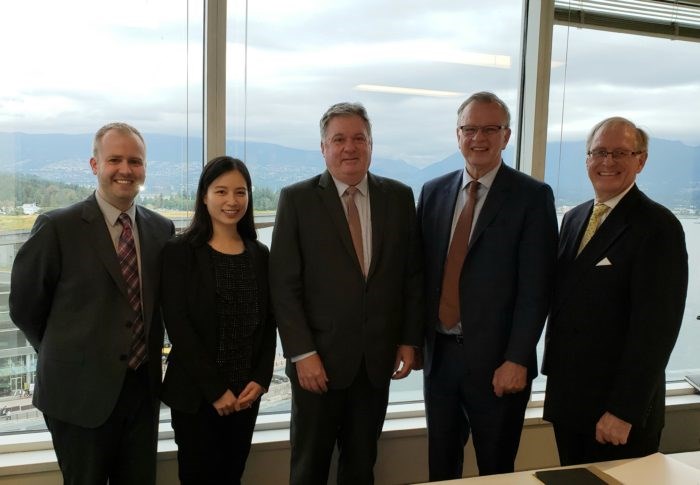