The Burnaby Board of Trade (BBOT) is pleased to announce that local family business Milani Plumbing, Drainage and Heating is this year’s inductee into Burnaby’s prestigious Burnaby Business Hall of Fame. The Hall of Fame induction is a special honour bestowed jointly by the BBOT and the City of Burnaby each year to a widely-recognized, Burnaby-based business that has demonstrated outstanding business success over many years and has had a positive and significant impact on the community.

“I am pleased to announce Milani Plumbing as this year’s inductee to the Burnaby Business Hall of Fame,” remarked Paul Holden, President and CEO of the Burnaby Board of Trade. “Milani Plumbing has been serving the Lower Mainland and Burnaby for over 60 years and the family business is now well into its second generation. Milani’s dedication to quality and outstanding customer service has allowed the business to thrive over the decades and become a great symbol of business success in Burnaby,” added Holden.

Milani Plumbing, Drainage & Heating started in 1956 when Demitrio Milani, often referred to as “The Chief,” and his wife Linda decided to get into the plumbing and drainage business. With a pick and a shovel stuffed in a canvas bag, The Chief set off to establish his new business. The company’s first landmark plumbing and drainage supply store was opened in Metrotown and today the business still calls the area home. Milani Plumbing has grown to include over 75 of their iconic red trucks and nearly 100 employees.

“The entire Milani team is extremely honoured to be inducted into the Burnaby Business Hall of Fame. Our company’s roots have been here in Burnaby for decades, and we have served the city and the region with pride for over 60 years,” said Vern Milani, President of Milani Plumbing, Drainage & Heating and son of company founder Demitrio. “It means a lot to both our company and our family to be recognized in this way by our hometown, and we look forward to a long future for Milani Plumbing, Drainage and Heating in Burnaby and the Lower Mainland.”

Milani Plumbing, Drainage and Heating will be formally inducted at the Burnaby Business Hall of Fame Induction Luncheon being held at the Hilton Vancouver Metrotown Hotel on October 5th. Shortlisted finalists for each category of the 18th annual Burnaby Business Excellence Awards will also be announced at the luncheon. For further details on this event and to purchase tickets, please visit www.bbot.ca 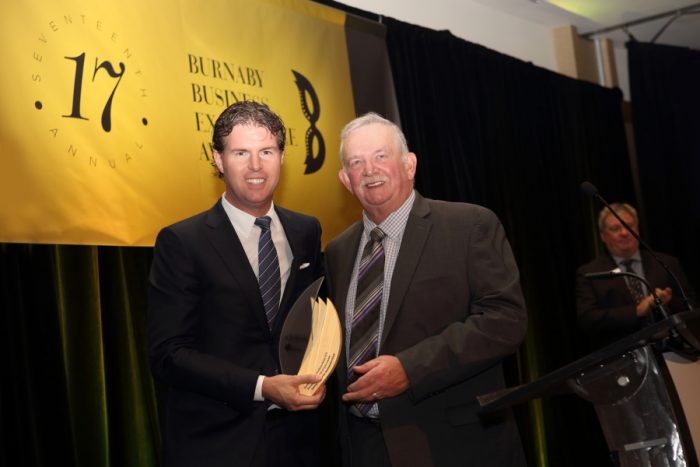