Today, the BC Government announced that it will increase the minimum wage by 50 cents to $11.35 an hour, effective September 15, 2017.

The new rate includes a 20-cent increase based on the BC 2016 Consumer Price Index (CPI), plus an additional 30 cents. There will also be an identical increase of 50 cents per hour to the liquor server minimum wage to $10.10 per hour.

This increase will be the sixth increase to the minimum wage since 2011. 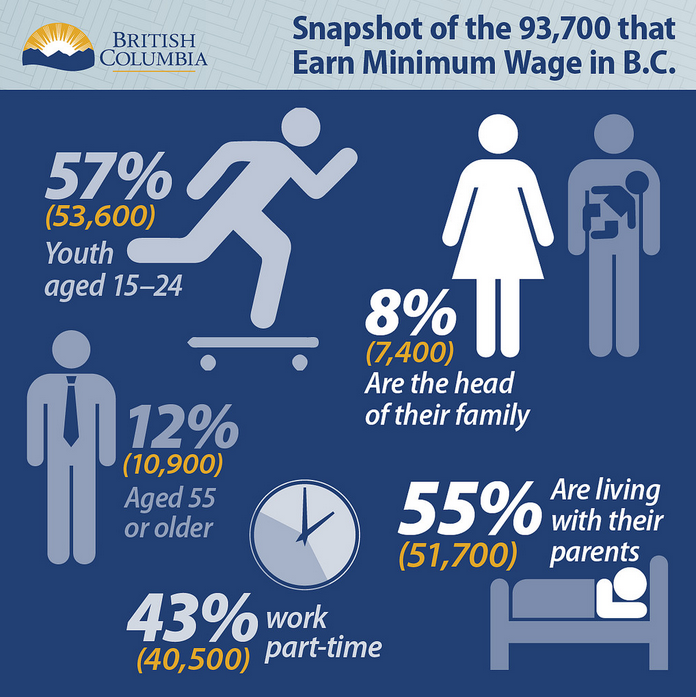